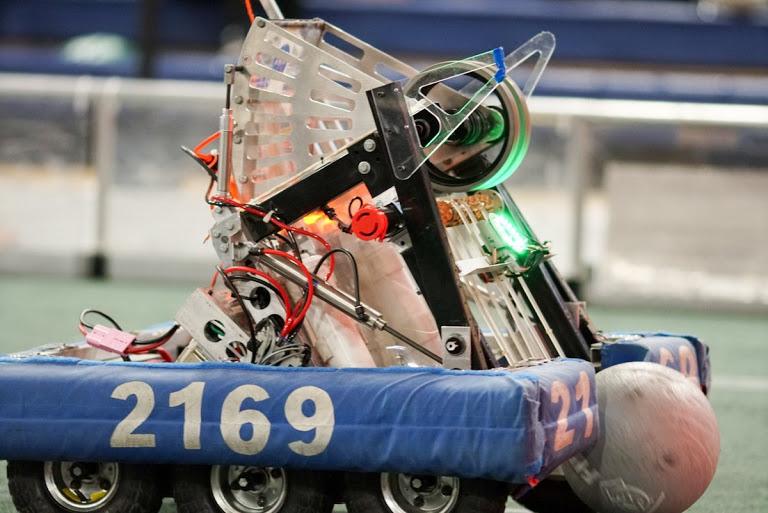 Last Saturday, the 20th of November, Prior Lake High School’s robotics team KING TeC hosted Minne Mania, a K-12 robotics showcase. The tournament was a huge success, bringing in robotics teams from all over Minnesota and the midwest. “Minne Mania was fun,” Joseph Robinson, a member of FRC team 3042, Cobalt Catalysts recalled. “It was a great way to bring everyone together and have some people who had never driven the robot before practice in a less stressful environment than other regionals.” The Minne Mini, the FRC competition held at Minne Mania, drew in 36 teams, hosted a variety of STEM-based classes, and provided enjoyment for robotics lovers of all ages.

The high school level of competition, The Minne Mini, was started in 2010, with a shoestring budget and a plywood field. Since then, it has grown to become the premiere off-season FRC event in Minnesota. This year, teams played FIRST Stronghold, a medieval themed game featuring a castle goal. The day was packed with robotics excitement, beginning with classes hosted by KING TeC for rookie and veteran teams alike. The tournament is completely packed with eager teams every year. It has also expanded to include an FLL tournament and Jr. FLL exposition, prompting KING TeC to rename the event Minne Mania.

The FLL tournament held during Minne Mania qualified three teams for the state competition and featured this year’s game, Animal Allies. The 4th-8th grade teams and their parents are looking forward to next year’s Minne Mania. Derek, a student from FLL team Elder Pythons believed his favorite part of Minne Mania was “to work as a team and play as a team. When you’re on a team, it’s fun.” The coach of FLL team Elder Pythons, Angela Farber, also shared her favorite part of the tournament by saying that “Minne Mania is fun, awesome, and crazy. I just love seeing all the kids having fun.” Next year, Prior Lake High School hopes to attract even more FLL teams to the growing tournament.

Alongside the FRC and FLL tournaments, there was also a Jr. FLL expo. These teams, grades K-3, created projects about an animal of their choice. They also demonstrated their knowledge of simple machines, like gears and pulleys, by choosing a simple machine to best represent their animal. Lastly, the teams presented their creations to judges. KING TeC would like to thank all of the FRC, FLL, and Jr. FLL teams that participated in Minne Mania.