Not so Childish Gambino 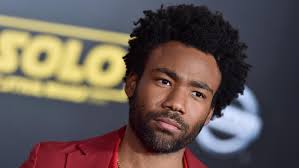 Donald Glover is a writer, musician, actor, comedian and director. Most people recognize him under his stage names Childish Gambino and MC DJ. He was born at Edwards Air Force Base, California and was raised in Georgia.

Contrary to popular belief, he is not, despite the rumors, related to actor Danny Glover. Donald Glover graduated from New York University with a degree in Dramatic Writing, which has helped him get to where he currently is in his career.

Gambino’s music video for his newest hit single “This is America” already has over 185 million views on YouTube and is definitely a video you have to watch more than once in order to understand the hidden messages and meanings behind it. Throughout the video, Gambino plays the role of America herself.

Gambino incorporates many symbolic items and actions throughout his video. For example, the opening scene of the video begins with Gambino facing backwards, shirtless, and wearing pants that could be linked to old Confederate Army uniforms.

The song’s first verse talks about how entertainment media serves as a distraction from the bigger issues at hand in current American society. Many of the expressions and movements Gambino incorporates in his video are very likely to be linked to Jim Crow, the laws that segregated blacks from whites.

Gambino’s movements are a literal and figurative distraction from the chaos going on in the background. The music video also includes multiple shootings which are nods to America’s modern-day gang violence. The second verse is sung by a happy choir who is later gunned down by Gambino, which draws a parallel to the Charleston Church shooting.

The end of the video portrays Gambino running down the hallway as if he’s trying to escape America and all the violence that is going on in the background.

Since Gambino’s video has so many mysterious actions and symbols, it allows people to be aware of more urgent and critical issues in today’s society. He uses this song and its music video to express the wrongs of America. Just like in the video, people notice the horrors but they just choose to ignore them.