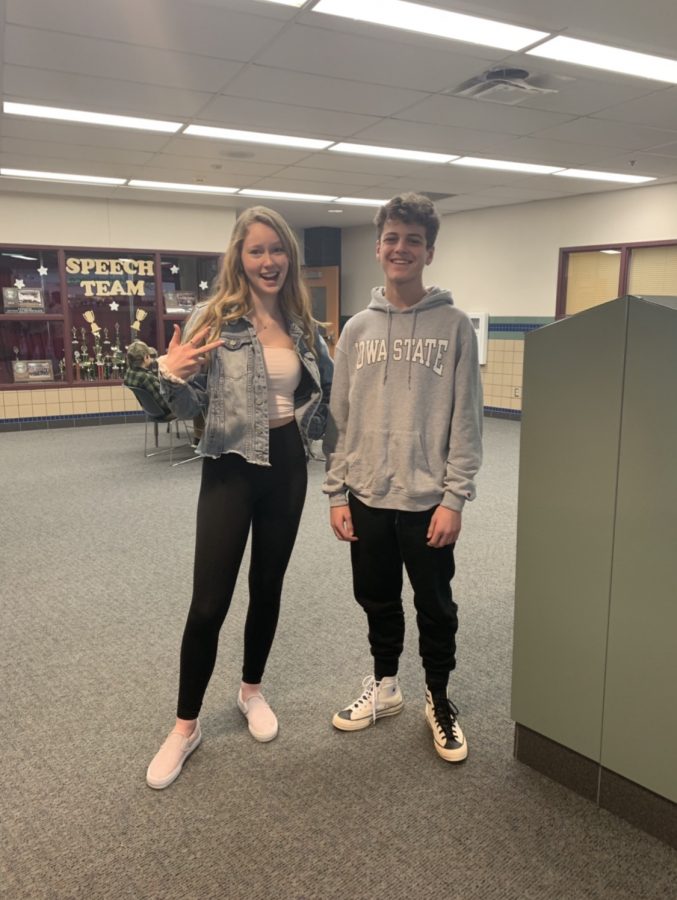 Prior Lake only hosts two dances a year, excluding prom. You have the homecoming dance and then the sweethearts dance. For those of you who don’t know, the sweethearts dance is Prior Lake’s twist on the “Sadie Hopkins dance.” It’s all about going against the norm and having girls ask the guys instead of the other way around. The following article is an interview with the freshman sweethearts court, which consisted of Grace Kennedy and Hadyn Klugerz.

I started off by interviewing Hadyn Klugerz. I happened to have been in the same class as Hadyn when royalty was announced, which was definitely interesting to say the least. The first thing I remember after they announced the results was hearing “Klugerrrr” from the back of the room. This was soon followed by a couple slaps on the back and Mr Ingles dishing out a few to many insults. 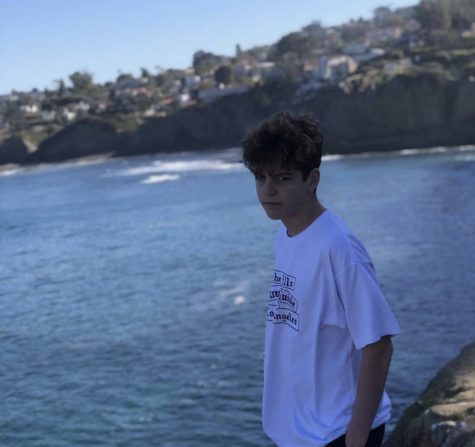 Q. What was going through your head while you were watching the video?

H: I was kind of thinking that I might win but I didn’t know for sure.

Q. What did you think when you found out you won?

H: I was surprised.

Q. What has the experience been like so far and what has it involved?

H: People have been happy for me and have been congratulating me.

Q. Who will you be attending the dance with?

H: I don’t know yet actually.

Q. What is the best thing about high school so far?

H: I feel like I have a lot more freedom than in middle school.

Q. Do you do any sports?

Q. If you could pick one of your friends to go in a dunk tank who would you choose?

Q. Who do you look up to the most?

Q. When you come to school what do you look forward to the most?

H: Just seeing people I know and talking to people.

Second I interviewed Grace Kennedy who is a friend of mine which means it was the double the fun to do this interview. But that wasn’t the only thing that was special about the situation. Grace was actually born on Valentines Day! That’s right, she turned 15 years old on February 14th. So winning for her was even more important, almost like her own personal birthday gift. 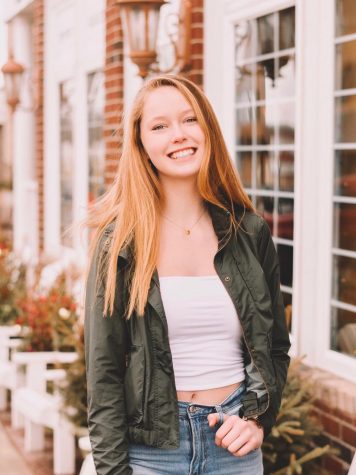 Q. What was going through your head while you were watching the video?

G: I was focusing on the spirit days because I was in that video and that was crazy, but no I was surprised.

Q. What did you think when you found out that you won?

G: I was surprised, yeah.

Q. What has the experience been like so far and what has it involved?

G: A little bit stressful, but at the same time I feel like it all worked out.

Q. Who will you be attending the dance with?

Q. What’s the best thing about high school so far?

G: Just meeting new people and having more friends than I did before in middle school.

Q. What do you like to do outside of the average school day?

Q. If you could pick any 3 classmates to join you on a road trip who would it be?

G: To travel and see the world.

Q. What is the best advice you’ve ever received?

G: Don’t worry about what other people are thinking and just think about what makes you happy.

Q. If you could change 1 thing about the way our school is run, what would you change?

Q. Since your birthday is on Valentines Day does that make winning this any more special?

G: Yeah, yeah. My birthdays tomorrow! (It is important to know that this interview was conducted on February 13th).

After all of that we went back to Hadyn, hoping that he had time to think.

Q. Have you made up your mind yet? What’s your most embarrassing childhood memory?

H: I mean it’s not really a moment, but I was really chubby.

Overall I would like to thank both Grace and Hadyn for putting up with this interview through my mumbling and even when we had to postpone. Through this opportunity I think I got a strong idea on how they both feel about the process and everything that it entails.