From Controversy to Communication 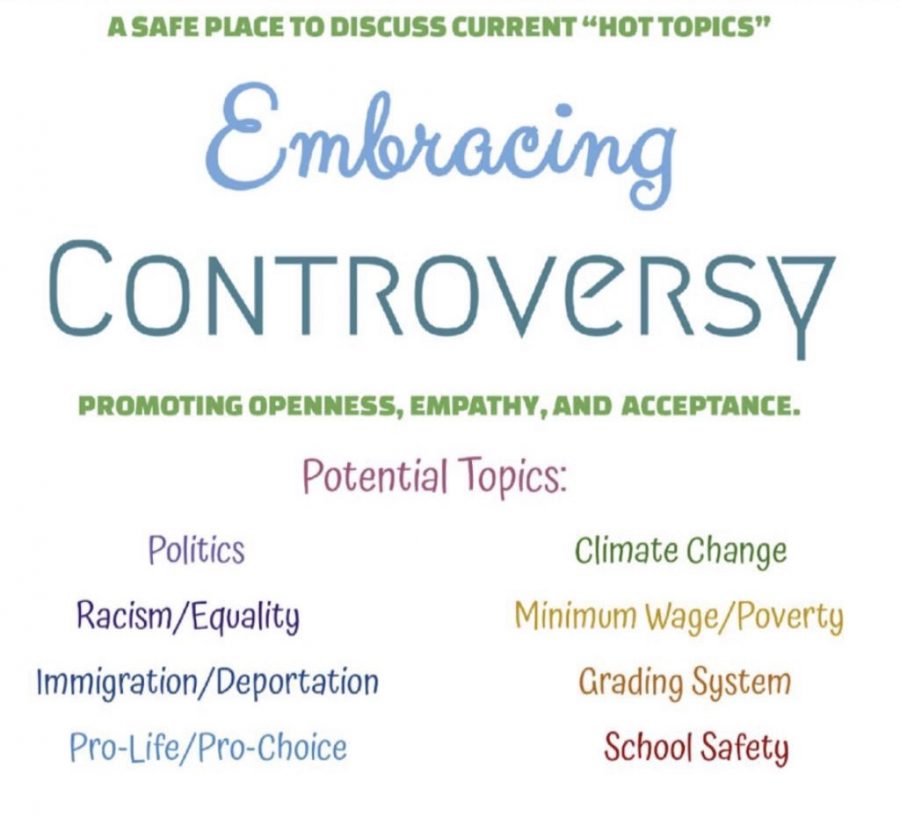 Let’s face it, the world’s got a lot of problems: extreme poverty, climate change, gun violence, morality disagreements… And, talking about these things often triggers people so dramatically that society labels such topics as “taboo.” In school, teachers tell their students certain research topics are “too controversial,” and therefore, not allowed—even if a student feels passionately about that subject. If these are the issues of our future, how will suppressing them solve anything?

Maybe you have experienced something similar. You had a unique interest that was shut down. You offered an opinion and felt attacked. Have you ever disagreed with someone? Did you feel like he/she actually listened to your viewpoint or just ignored your validity because he/she has a different viewpoint? Do you wish a group existed where you could just openly share your thoughts and not fear how others would react?

Surprise! This article offers just that! In Steinberg’s room (223), Embracing Controversy Club will begin meeting on Mondays right after school, starting February 25. The goal is to promote a respectful atmosphere in order to communicate, not argue. This club aims to increase openness, empathy, and acceptance. At the first meeting, potential topics and rules will be introduced in an open discussion—input is absolutely welcomed! This is a student-led club that greatly appreciates all suggestions and questions! This club may not fix everything, but it will certainly increase students’ ability to communicate. Difficult topics need to be addressed to establish a safer, stronger society. Share your passions! Embrace controversy!

For more information, email embracingcontroversypl@gmail.com or message @PLHS_ECC on Twitter.