Connections, bringing people together at Prior Lake High. 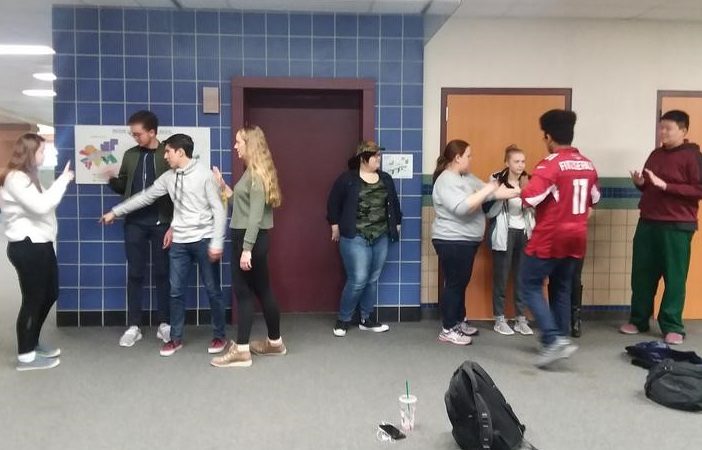 As students roll into school on the first days of school, many new students feel left out. With everyone knowing their classmates, some since kindergarten, new students can struggle to make new friends. This is where Connections comes in.

During the first few weeks of school, Connections meets with new students, giving them a place to make new friends, without the pressure of the classroom. Nancy Vanhorne, a social worker at Prior Lake High School and the founder of the group, is the teacher advisor for Connections. In the past few months, the group has gone from a teacher lead group to a student lead group.

The new student leaders, Kate Wilmes and Abby Lynne, took over the group in February. With Connections, the group as Mrs. VanHorne said; “It started off pretty large, the first couple of years we did it” Nancy VanHorne. However, as the year progresses “the group gets smaller and smaller, to be expected” VanHorne.

Connections used to be called New Student Group, but they changed the same since students wanted to come back but felt like they could not because the group was called “New Student Group.” With the name being changed to Connections, an uptick in numbers came for a while.

During the school year, the group meets once to twice a month. During these meetings people play games, students and leaders talk, or people just sit there. Connections is held during the school day, typically during 1st, 2nd, 5th, or 6th hour. The hour changes depending on what is going on during the day or the availability of the leaders. The days of the group also change with what is going on in the building.

When the group meets, students also talk about real-world issues. From student news to news in the community. Students find this helpful because they can find people who relate well to their stands on political issues, and it also gives a safe place to voice your opinion, without the threat of someone who does not share the same views attacking your opinion.

Students have reacted well to having the ability to connect with people they would not normally be friends with. This reasoning is also why LIVE, another Prior Lake High School group, and Connections will take a group-mixed field trip to the Science Museum in May

Kate Wilmes, one of the student leaders said, “I think it helps the students make new friends outside of the normal classroom environment.”

With the school year coming to an end, the leaders are looking for people to step up next year. Kate Wilmes and Abby Lynne are the current leaders, but with Lynne graduating in June, they hope to bring more people up and into the leadership roles. They are looking primarily for people who have been in LIVE, but are willing to bring in new people.