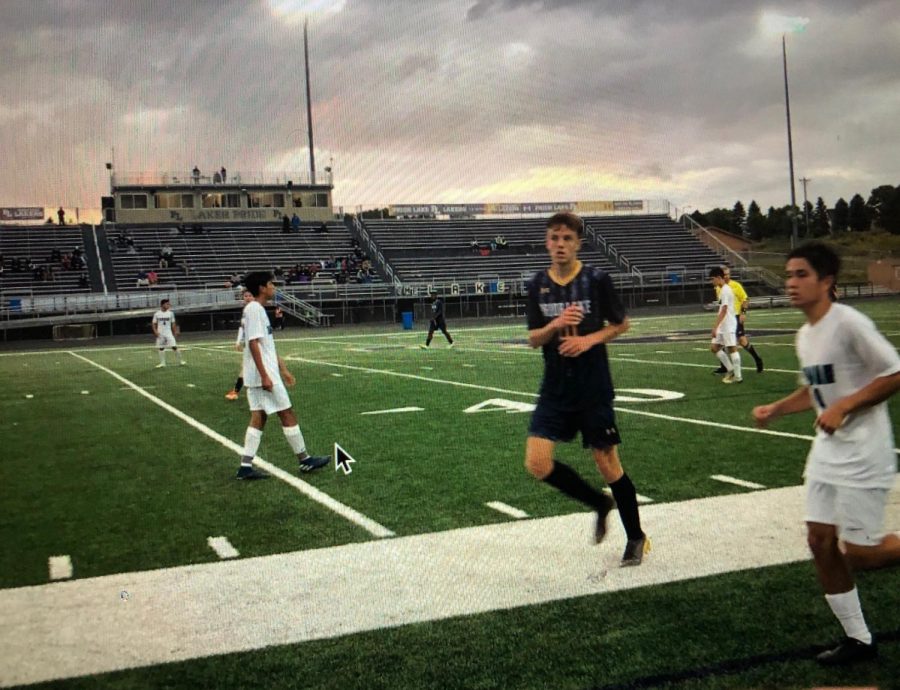 Will Haldane  , Jaxon Ziemkowsi, and

With only three returning varsity athletes, the Prior Lake boys soccer team is very young and not entirely comfortable with each other yet, which leaves many worries but also many opportunities. The team is more diverse than it has been in years, which leads to many new paths and possibilities.

First-year varsity forward, Carson Greenlee, expressed some opportunities for growth as well. Regarding having such a young team, Greenlee said, “It is a new challenge for the team. It will set us up well for future years.”

Over the past years, the team has been predominantly old, having many seniors. Last year alone, the team’s roster had 16 seniors.

Having 16 open spots, head coach Michael Shebuski, chose to rebuild the team for future years. This decision was meant to help build up the team for the years to come and use this year as a growth year.

When the team roster was shown to be so young, the team and coaches knew it would be a year for growth.

Specifically, the team is struggling with scoring. Greenlee expressed concern over their capabilities to score, hoping they would soon figure out their key to success. As a forward, this is especially frustrating while working with such a young team.

With more time and more experience, a world of improvement comes as well. Greenlee said, “I think that we will continue to build for the rest of the season and really start to come together and that next season will be even better for us in many aspects.”

When asked about the changing experiences he’s had over the past three years, Bollinger said, “This year is very different since there are 16 new players but that’s what makes it exciting. We have a lot of talent and a lot of people who can step up in big moments.”

Bollinger also expressed concerns when he said, “The beginning of the year has been rough.” Despite the rough start, both Bollinger and Greenlee are hopeful and excited about the growth to come.

Both Bollinger and Greenlee have their concerns, but their excitement and hope seem to outshine any doubts they may have. Over the past weeks, the team has been working six days a week to help grow as a team and as a family.

This growth they both have been waiting for came just last night, with an unexpected win against Eagan. The Varsity team got their first win of the season, possibly the start to an amazing team and a hopeful year.