Meet Freya and Anya Congreve - in their own words 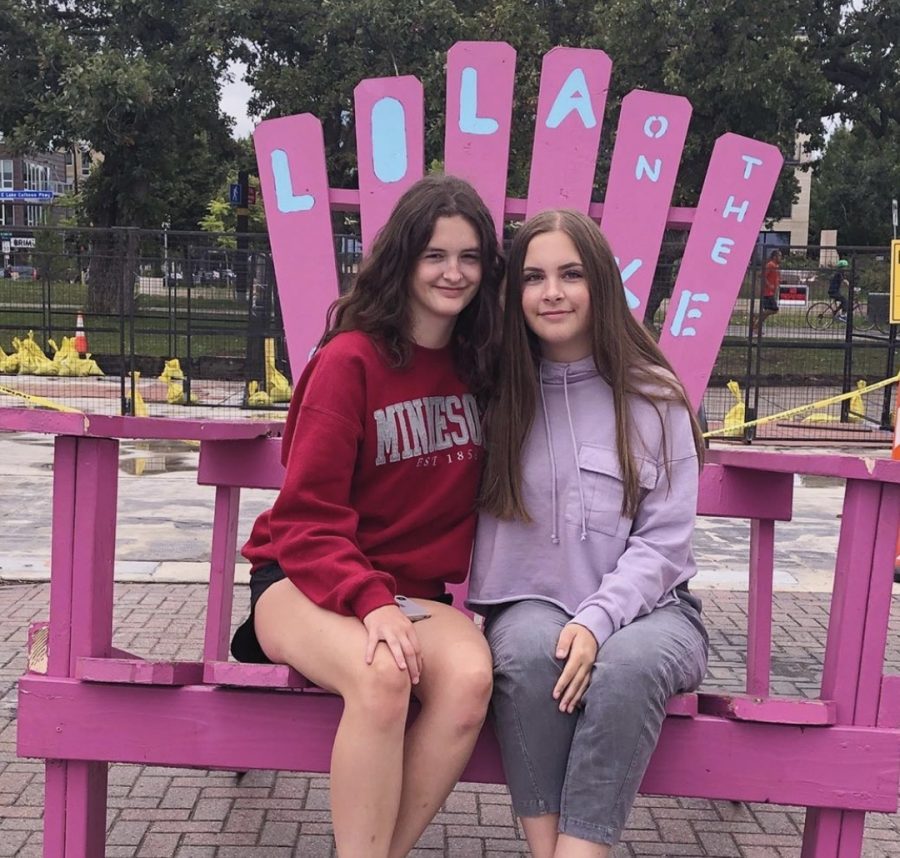 Just over a year ago, we packed our bags and moved halfway across the world. With nothing but a suitcase of clothes and a couple of boxes, we set out to start a new life. Ready to become part of a city we had never been to, in a state we’d only been in once, in a country we were nothing but acquaintances with. We are Anya and Freya Congreve, 17 year old twins and currently Juniors at PLHS. We immigrated with our Dad to the U.S. last year and wanted to share some of our experiences here and how life in America differs from life in England.

Although England and America share the same language, that is one of the few similarities the two countries share; even saying they speak the same language is pushing it. From school, to food, to the overall culture, they share next to no comparisons.

We moved to a small town in Derbyshire in the center of England called Dronfield when we were 9, starting school a couple weeks later. The small, scenic town of Dronfield is quite the change from Prior Lake. You are able to walk from one end to the other in no more than 30-40 minutes. The roads are lined with small shops, take-away restaurants and other businesses that are local to the town. Trees and flowers can be seen with every turn and you’re not far from the main town, Sheffield (pop. 520,000).

Public transport is probably one of the things we miss most about England before we were able to drive. We still do miss it sometimes. The ease and convenience of walking 5 minutes in any direction and coming face-to-face with a bus stop, and 10 minutes down the road to the train station is a blessing you don’t realise until it’s gone. For no more than $3.70 you can go anywhere within a 20-30 mile radius. This means that we were able to gain independence at a much younger age, without having to rely on parents for everything. Sheffield Town, Meadowhall (the local mall, and also commonly referred to as Meadowhell by some), and Chesterfield town are some of the key spots where the teenage population travel.

Every road is lined with small, or large, pavements (sidewalks) allowing the children to walk to school. Dronfield Henry Fanshawe School, the only secondary school in Dronfield, was our destination every morning at 8:30 for the 4 years we went there. With the pupils age ranging from 11-18, the overall population of the school was 1,800 students and teachers.

The schooling system in England was very different to how it is here. There are no such things as GPAs, ACT/SATs, or AP classes. We spent the entirety of our school career learning how to pass our GCSE’s. GCSE’s are 19 tests based on a variety of subjects such as English, Maths, Science, Language, and several other subjects. Our entire lives, our schooling was geared towards doing well on this set of tests. Each year in May, every 16 year old in the country sits in a hall to take this exam at the exact same time. These tests are extremely difficult and are very hard to achieve a decent score on. The tests determine what path students are allowed to take — either an apprenticeship, two more years in what we call sixth form, or to university. Suffice to say the two of us were thrilled to be moving to the U.S. a few months before having to sit them.

There are also differences regarding homework. During secondary school, homework is not graded but it’s really important.  If it’s not done, you get detention. Also, it’s important because you need teacher recommendations to get into sixth form after secondary school.

Another huge difference between England and America is school uniform. Until we moved to the U.S., we had gone to school every day in black trousers, a white shirt, a blazer, and a tie. This was very strange when we first moved because we had to pick out a new outfit every day. Our school also restricted what color or style of hair you could wear and any piercings you had. Makeup and nail polish were very strictly banned. Needless to say, this made the relaxed rules on appearance at PLHS very foreign to us.

Before moving to the U.S., our Instagram accounts were pretty much empty. It was a huge shock to us when we moved here and everyone had, what seemed like, professional Instagram accounts. The extreme need for the perfect filter and caption was something we had never experienced before. Since moving, both of our Instagram’s have had a significant sprucing up.

Schools in England would seem like a strange phenomenon to Americans since participation and support for sports and other activities is such a big thing here. While at school in England, we weren’t in any clubs, nor were any of our friends, and the school didn’t encourage us to join any. The system is very academically based. While many students in Prior Lake, and almost every school in America, spend their Friday nights dressing up to cheer for the Football team, the crowds would be empty over in the U.K. We, especially at the beginning of our time here, found it odd to do these things ourselves.

This school spirit shown here in Prior Lake is something that we love most about this school. From the days in the summer on the lake to the snowy winters, we are very happy to call Prior Lake our new home.